I want to ensure no traffic is accidentally bypassing my VPN. Some VPN providers sell this as a “kill switch”. Fortunately, using pf (packet filter) on macOS it’s simple to do this yourself.

Although macOS has an option called “Send all traffic over VPN connection”, this only works while the VPN is connected. Whenever it’s disconnected – and it sometimes does this on its own – all your traffic is sent in the clear. 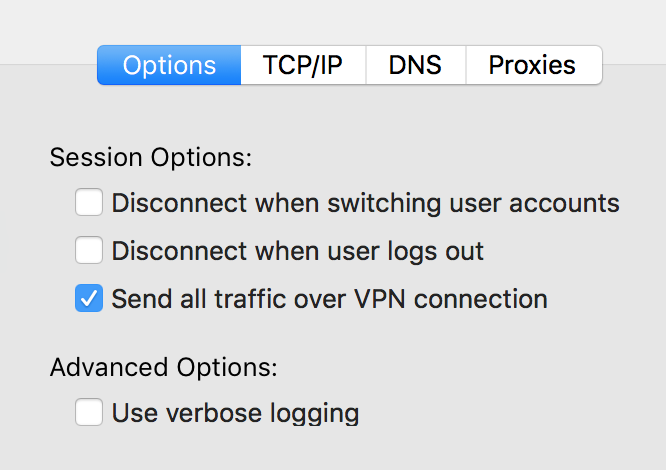 In that file, create a macro list (as follows) with the interfaces used by the VPN.
All traffic will be allowed on these interfaces.

You’ll also want to allow a small number of subnets to bypass VPN, such as private networks and multicast addresses. This ensures that you can connect to any hosts in your local network and that network service discovery (AirPlay, Chromecast, printers, etc) is still working:

I also like having a host that can be pinged when the VPN is not working:

We need a list of VPN servers that we allow connecting to. You can define it inline just like the other tables, but I like keeping it in a separate file at /etc/pf.tables/vpnhosts (make sure the directory exists). The VPN servers are just entered line by line.
Pro tip: put http.rip in there, so you can check for captive portals on public WiFi.

Please note that while you can use hostnames instead of IP addresses in the file, DNS resolution could be forged or blocked while disconnected from your VPN. You should add each of the hostnames you use to your /etc/hosts file, so it doesn’t depend on DNS.

Then add the actual rules:

Finally, these two lines need to be added at the bottom of /etc/pf.conf:

The new rules will be automatically loaded when your system starts.
To check for errors and enable these rules now, run:

And to temporarily disable them:

Note: Apple likes to override /etc/pf.conf during macOS updates,
so watch out for changes after updating!